The thing YA Guy loves about Erin Bowman is....

Well, there's really nothing I don't love about Erin Bowman.

She wrote a killer debut, Taken. She's incredibly generous with her time even under a grueling schedule. She writes fun and funny tweets. When I had a chance to meet her, at the Young Authors tour attended by my aspiring-writer daughter, I found Erin as delightful IRL as she is online. My daughter's two-word review: "Erin rocks!"

So I'm absolutely thrilled to have her on YA Guy for an interview. Here we go.... 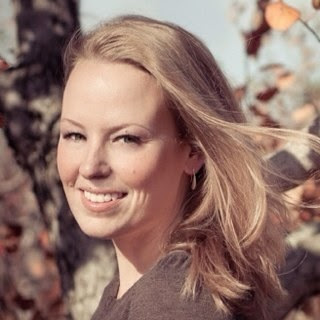 YA Guy: Taken has such an amazingly cool concept--a town where all the males disappear at the age of eighteen.  How’d you come up with the concept for this book?

Erin Bowman: Taken’s protagonist actually came to me before the full concept did. I was working on another manuscript when Gray started walking around in my head. He was fearing his eighteenth birthday, which I thought was very odd; turning eighteen is a great milestone in our world! I started asking why--why was he so afraid, what happened at eighteen?--and the greater story formed.

YAG: And a great(er) story it is!  Taken is science fiction, and so we’d expect it to extrapolate from current technology, events, or issues.  Was there any particular aspect of today’s world that inspired or fed into Taken?

EB: I’ve always been fascinated by technological advancement--specifically how exponential its growth rate seems, and how its goal is always to make our lives easier. I love my iPhone, I do. It has certainly made it easier to check in on the go, answer emails while traveling, etc. But I don’t know if that’s necessarily made my life easier. If anything, it’s complicated things; I’m now accessible 24-7 and feel like I should respond to everything immediately.

I wanted to play with this concept a bit in Taken--how advancements may originally have our best interests at heart but perhaps tailspin into something more detrimental. Furthermore, I really wanted to look at an advanced world through naive eyes. We take so much for granted.

YAG: That brings us to the narrator of Taken: Gray Weathersby, a young male.  How did you make the decision to adopt a male voice?  Did you face any special challenges as a female author with a young male narrator?

EB: Simply put, it was Gray’s tale and it had to be told through his eyes. I was subconsciously writing in first-person--with a few chapters already captured--before I even paused to reflect on my narrative lens. By then, I couldn’t imagine the story being told any other way.

As a female, I didn’t have too much trouble writing Gray because his voice was so darn clear for me. (This, of course, is not always the case. I have a WIP with a female MC and it took me forever to find her voice. Sometimes you just get lucky.)

YAG: Along the same lines, were you trying to tap into a male YA audience when you were working on Taken?  Do you think Taken is a “guy book”?  Do you think there’s any such thing in YA as “guy” or “girl” books?

EB: I think boys will enjoy Taken, but I think girls will too. In fact, I hate the idea that a book is a “boy book” or a “girl book.” Books are books, populated with many characters, themes, subject matter, and so on. A contemporary YA about soccer set in a small town will likely be boring to a boy if he hates soccer and loves high fantasy and action and new worlds. But a girl who digs realistic fiction and just scored her first goal at her very first soccer game? She might love that book. Regardless of whether the MC is male or female.

I think we need to spend less time labeling things boy or girl books, and more time asking WHAT and WHO the reader likes to read. For example, if a reader flew through Dashner’s The Maze Runner series and loves fast-paced action and adventure, I think he or she will love Taken.

Not to beat a dead horse, but I need to take a moment and point everyone to Marie Lu’s “Writing a Book for Boys” piece (Huffington Post). Her points are spot-on, and she covers this topic far more eloquently than I did here.

YAG: Final question: I know the sequel to Taken is coming out soon, and I know many readers would like to hear about the experience of writing the second book in a planned trilogy.  What were the challenges, the joys, and the discoveries for you, a debut author, as you worked on the sequel to Taken?

EB: I loved being back with my characters. They never cease to surprise me, and one of my favorite parts of writing Frozen was discovering new things about them simply by listening. (I’ve learned to not ignore them when they want to deviate from my outline.) Challenges? Tuning out external voices. I wrote Taken in a vacuum, but with Frozen, I heard my editor, fans, reviewers, you name it rattling off advice and critiques. Once I figured out how to block those voices out and just draft, everything came easier.

YAG: Thanks, Erin! We're all looking forward to Frozen and wish you continued success in your writing career!