YA Guy has a confession: I haven’t read much YA this year. There are lots of reasons for that, starting with the fact that I’ve been catching up on some literature I want to teach (and alas, I don’t have the opportunity to teach YA). But since I am YA Guy, I did read two really great debuts/new releases that I want to recommend. Both are similar in being the stories of young women growing to maturity during difficult times, though one is cast in the fantasy mode and the other in contemporary realism. 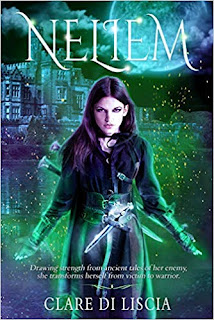 The first is Neliem, a YA fantasy by debut author Clare Di Liscia. This action/romance is very much in the “kick-butt heroine” vein, which I don’t always enjoy; at times, I feel that the character of the strong, capable, physically active YA heroine has become a mere reflex on the author’s part without context or nuance. Happily, that’s not the case with Neliem, which offers a fully realized, flesh-and-blood main character who kicks her share of butt while remaining complex and convincing.

The narrator and protagonist of Neliem is Oriana, a teenage girl living in squalid poverty on an island nation that’s fallen under the control of the mainland conquerors her people name Untouchables. Her prospects are bleak; many of her fellow islanders have died of the plague that almost took her, and those who survive eke out an existence of penury, servitude, and near-starvation. Oriana draws strength by imagining herself as the legendary hero Neliem, a savior of the poor and unprotected. But when Ezra, an Untouchable boy possessed of all the wealth and power Oriana can only dream of, unexpectedly chooses her as his bride in a coercive ceremony she has little choice but to obey, she’s whisked away to an alien world and forced to live in the household of a husband she can’t trust. Whether she can become the hero she longs to be drives the action of this novel, as Oriana uncovers the truth of the Untouchable culture and of the boy who claims to love her.

I won’t give away whether Ezra truly loves Oriana, but I will give away that I did. She’s a remarkable character, fiercely drawn and richly layered, provided with a credible personal and social history that makes her thoughts, feelings, and actions utterly believable. She can be scared and overwhelmed one minute, risk-taking and bold the next—but she’s never, from first page to last, anything less than fully real. The world she inhabits took me a bit longer to settle into, probably because Di Liscia doesn’t rush the world-building but lets the details emerge gradually. This approach makes sense, inasmuch as we’re discovering the world through the relatively inexperienced Oriana’s eyes, learning it as she does. The result is a fascinating plunge into an alternative reality that feels both fantastic and familiar, which is what the best fantasy novels achieve. 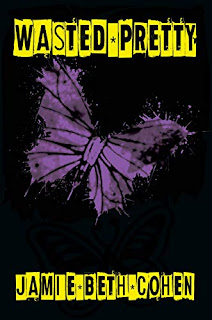 From YA fantasy, I turn to YA contemporary realism with Jamie Beth Cohen’s debut novel Wasted Pretty. I’ll admit I was sold on this book from the first page, which opens on a summertime film screening at Flagstaff Hill in Pittsburgh’s Schenley Park, circa 1992. Yes, these screenings are real—they’ve been going on for years, and in fact my first date with my wife was at one such event! So as a lifelong Pittsburgh resident, I had an immediate connection to the world Cohen recreates.

That wouldn’t have been enough to hold my interest, though, if the main character's story weren’t equally strong. Cohen’s narrator is sixteen-year-old Alice Burton, daughter of a radio DJ and a mother who’s developed a line of health foods (and tested them on her daughter, enabling Alice to shed pounds and show the world a newly curvy body). That’s good in one respect—it attracts the attention of college student and aspiring grunge rocker Chris Thompson—but it also garners the unwanted advances of professional baseball player and family friend Karl Bell. An act of sexual assault traumatizes Alice just as other parts of her life seem to be falling apart as well: her dad’s gambling addiction is preventing him from keeping up with tuition payments to her private high school, her relationship with her best friend is feeling the strain of boyfriends and beer bashes, and the enigmatic Chris Thompson clearly likes her but won’t fully commit to her. Spanning a turbulent summer, Wasted Pretty paints an unsparing portrait of a young woman coming to terms with who she is and what she wants from life.

The disturbing scene in which Karl Bell assaults Alice is the novel’s centerpiece, with everything else connected to it in some way. But there’s no shortage of marvelously realized scenes to choose from in this novel (perhaps my favorite being the nicely understated scene in which Alice and her father overcome their estrangement to share a meal at the neighborhood Friendly’s). Cohen gets the local and period details right, delving into the music groups, hair and clothing styles, and high school party culture of the day; she also gets the interior details right, with Alice’s pain, confusion, hopes, and anger coming through with perfect timing and clarity. The butterfly on the book’s cover becomes a multilayered symbol for the transformation Alice undergoes, with all its struggles, possibilities, and triumphs intact.

Posted by Joshua David Bellin at 11:14 AM No comments:

YA Guy Shares... Artwork from HOUSE OF EARTH, HOUSE OF STONE!

If you've read HOUSE OF EARTH, HOUSE OF STONE, the final novel in YA Guy's Ecosystem Trilogy, you know that there's an illustration at the end representing the family tree of the Queens who are featured in the trilogy. The artist, Jessica Khoury of Lizard Ink Maps, produced the stunning line drawing, and I couldn't be more thrilled with the results.

Or, then again, maybe I could--because as a special favor, she produced a mind-blowing full-color version of the illustration, using a technique that simulates the look of stained glass. Here it is in all its glory! 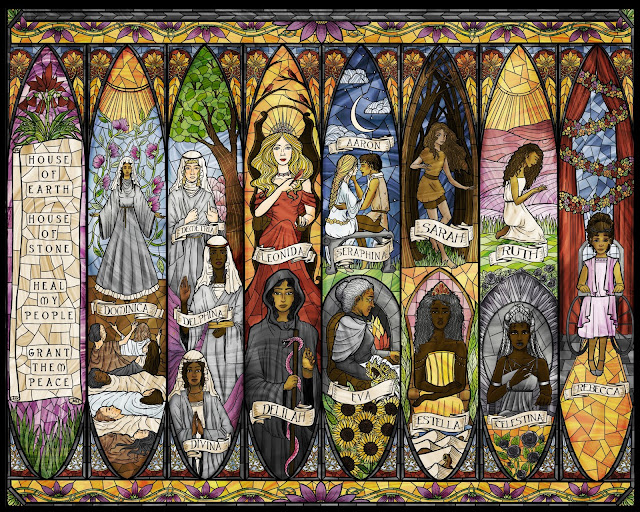 This is, by the way, one of the pleasures of self-publishing; though I enjoy publishing books the traditional way as well, it's unlikely I could have convinced a publisher to include an extra illustration in my book. With self-publishing, it's all up to me!

Enjoy the artwork, and let me know what you think!

Posted by Joshua David Bellin at 5:00 PM No comments: