YA Guy's always on the lookout for great books. Here are five from the first half of 2019--all but one of them for young readers--that I'm particularly excited about. I'll freely admit that I have a personal connection to each of the five authors (heck, I'll even tell you what that connection is), but at the same time, no one's paying or even prompting me to promote their books. I've listed them in order of release date--and the first one on the list comes out a mere week from today! 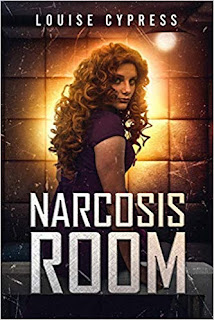 Louise Cypress, NARCOSIS ROOM (February 19). We share an agent and (sort of) a moniker--she's the YA Gal, I'm YA Guy--but one other thing we share is a love of twisty, creepy sci-fi stories. Her latest, set in a world where one's looks and identity can be surgically enhanced--or destroyed--will definitely freak you out in the best possible way. 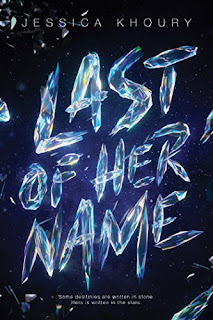 Jessica Khoury, LAST OF HER NAME (February 26). I've loved Khoury's books since her debut, ORIGIN, and I love space operas. (I also love the artwork she drew for two of my own recent novels.) Her latest is a sci-fi retelling of the Anastasia story set in a distant galaxy, and it's just what I need to get through the wintertime. 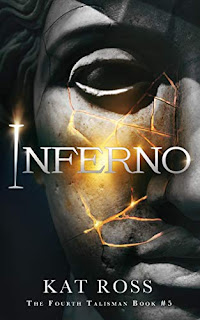 Kat Ross, INFERNO (March 15). Way back in 2014, Ross and I met as members of a debut YA novelists' group. Since that time, she's put out some of the highest quality fantasy novels I've read, including two series that span the centuries and are linked by common characters. INFERNO, the final book in the Fourth Talisman series, promises to be yet another wickedly fun adventure into the worlds of the weird, the monstrous, and the undead. 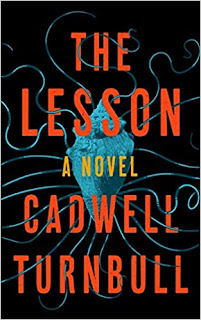 Cadwell Turnbull, THE LESSON (June 18). Currently one of the rising young stars in science fiction, Turnbull was once a student of mine at the college where I teach. But trust me, I didn't teach him how to write this novel, a wildly imaginative tale of an alien race that settles for unknown purposes in the U.S. Virgin Islands. 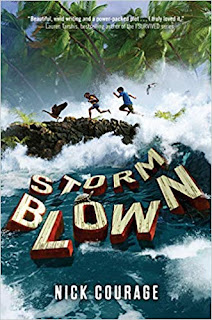 Nick Courage, STORM BLOWN (July 16). Pittsburgh author Courage writes the kind of books my kids loved when they were still kids. (Now the one in high school reads ancient history, and the one in college reads what she has to read for her classes.) His latest, which focuses on children battling a hurricane, sounds like a high-energy thrill ride.

Posted by Joshua David Bellin at 10:00 AM No comments:

YA Guy Has... Trilogy Fever! 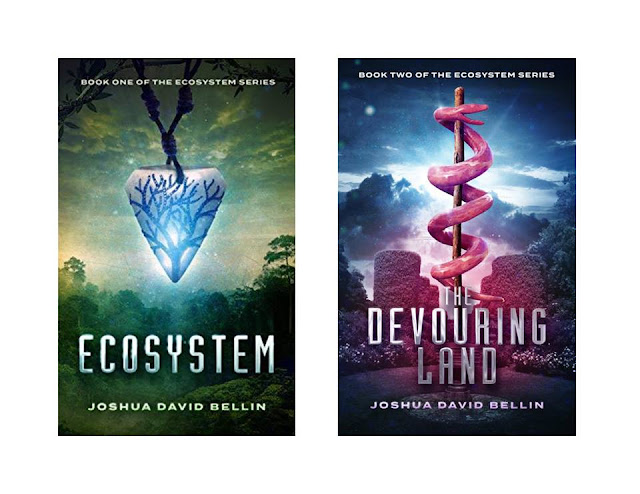 The final book in YA Guy's Ecosystem Trilogy is due out in April (on Earth Day, of course). Titled HOUSE OF EARTH, HOUSE OF STONE, it completes a series I first dreamed up in 2011 and have been working on pretty much nonstop for the past two years.

So I figured, while we're waiting for Book Three, what better time than now to offer readers a discount on Books One and Two? From today (which also happens to be my birthday!) through February 11, you can purchase the e-books of ECOSYSTEM (Book 1) and THE DEVOURING LAND (Book 2) for only 99 cents each. That way, you'll be all caught up on the adventures of Sarah, Isaac, Miriam, Leah, and the rest as they battle the Ecosystem, search for love, and defend the City of the Queens--just in time for the release of HOUSE OF EARTH, HOUSE OF STONE!

Here are the links. Enjoy, and let me know what you think about the Ecosystem Trilogy!

Buy THE DEVOURING LAND here
Posted by Joshua David Bellin at 10:00 AM No comments: