YA Guy's drowning in paper, folks. I'm finishing up one manuscript, working on the copy-edited SCAVENGER OF SOULS, and reading a ton of freshman essays for my day job as a college teacher. Plus I've got some really cool news to report soon, and it's taking up a sizable chunk of my time as well. Hence the fact that I haven't posted anything here in a while.

In addition to all of my writing projects, I've also been trying to keep up with reading. I read Ray Bradbury's classic The Martian Chronicles recently, and found it interesting--not really science fiction, since Bradbury has no real interest in the "science" part, and not at all accurate according to what we now know about the red planet, but very readable in an allegorical, philosophical kind of way. I recommend you check it out if you like thought-provoking fantasy.

I've also had the good fortune to read two amazing recent publications, one of them YA and one of them MG. Without further ado, my reviews: 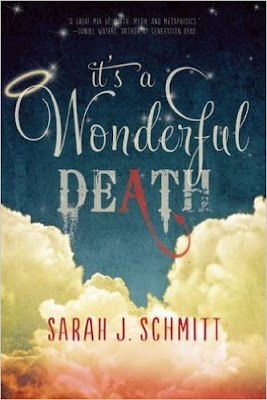 It's a Wonderful Death by Sarah J. Schmitt

When the first page of a novel features the main character’s accidental death at the hands of a bumbling and overzealous Grim Reaper, you know the rest of the book’s going to be one wild ride!

And that’s exactly the case with Sarah J. Schmitt’s debut YA novel, IT’S A WONDERFUL DEATH. Chronicling the misadventures of RJ, a self-centered cheerleader who’s desperate to prove herself worthy of a second chance at life, the novel careens from laugh-out-loud humor to spiritual rumination to heartbreaking realism without missing a beat. RJ herself is a wonderful character, a teen who’s made some truly awful choices in the name of being popular but who longs to be the better self she knows she can be. The characters who surround her, including not only celestial and infernal beings but RJ’s high school friends (and enemies), keep the action rollicking and the twists turning. When RJ gets the chance to relive three key moments in her life in an attempt to show that she’s redeemable, this Dickensian (or Capraesque) plot device opens up a profound reflection on the seemingly insignificant decisions that make or break a life. But the narrative never bogs down into preachiness or pedantry; RJ’s vibrant personality and the constant one-liners keep the book fun and engaging even when it’s delving deep. And the twist at the end is both shocking and perfectly designed, closing the book on exactly the right note.

IT’S A WONDERFUL DEATH gets my highest recommendation. I can’t wait to see what other wonders Schmitt has up her sleeve! 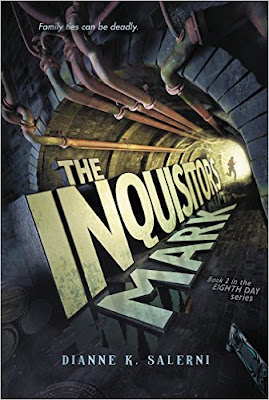 The Inquisitor's Mark by Dianne Salerni

From a book about the afterlife, I now turn to a book about alternative time schemes. THE INQUISITOR'S MARK tells the story of Jax, an orphaned teen who discovers that he's a "Transitioner," with the magical ability to enter an eighth day situated between Wednesday and Thursday. Normal people can't enter the eighth day unless they're shackled to Transitioners, and there are other people, known as Kin, who have been imprisoned in the eighth day (thus they don't exist during the other seven) as a ward against their potential dark magic. The story delves into Arthurian legend--as well as Einsteinian relativity--to explain the origins and operations of the eighth day, creating an intoxicating mix of magic and science. And Jax's story is deeply compelling, as the parentless boy discovers the existence of a family he had no knowledge of, only to learn that they might be plotting the destruction of innocent people, normal and Transitioner alike. The moral dilemma that's set up by these revelations, as Jax and his newfound cousin must both choose between allegiance to family and responsibility to the larger world, will resonate perfectly with the book's target age group.

THE INQUISITOR'S MARK is the second book in a series that began with THE EIGHTH DAY (which I also loved); book three, THE MORRIGAN'S CURSE, comes out in January 2016. As a guy who's written a second book in a series, I know how tough such books can be; and indeed, for the first thirty pages or so, MARK is a bit overwhelming as Salerni tries to catch the reader up on not only the story's core mythology but the events that occurred in THE EIGHTH DAY. Once you get past that somewhat rough start, however, the story barrels along, delivering both excitement and pathos.  I've read many MG fantasy series, including (of course) the Harry Potter books, and I can truthfully say that Salerni's series is second to none. My son, who's in some ways an even tougher critic than I am, says it's his favorite series of all time. So there you have it.

You might not hear from me for a while (next month is NaNoWriMo, after all), but at least you'll have these two great books to keep you occupied!
Posted by Joshua David Bellin at 12:22 PM No comments:

YA Guy Participates in... The Fall 2015 YA Scavenger Hunt! 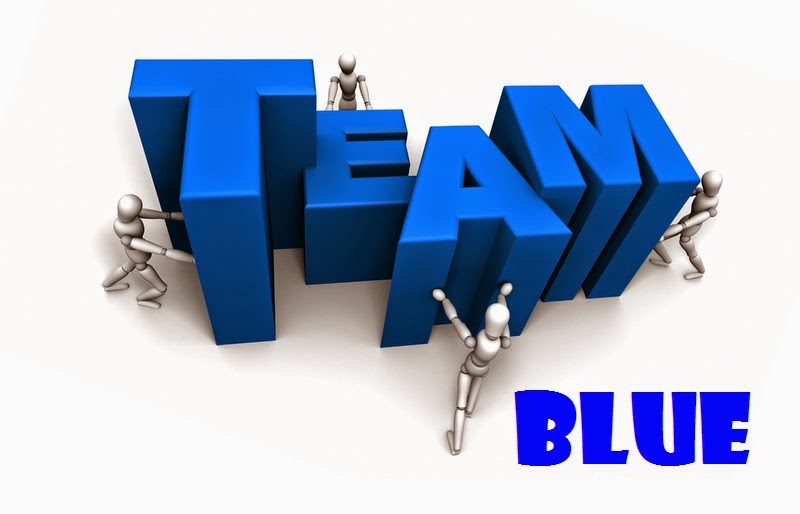 Once again, YA Guy's taking part in the YA Scavenger Hunt! Just like this past spring, I'm on the Blue Team, along with the other fabulous authors you see below: 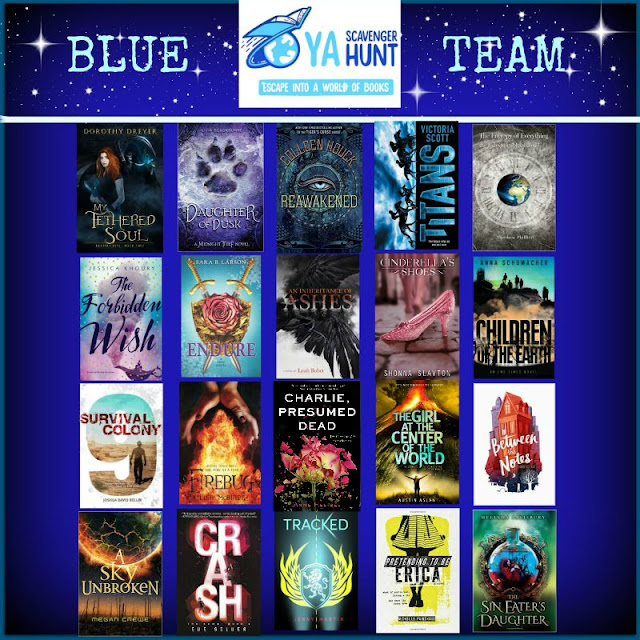 This bi-annual event was first organized by author Colleen Houck as a way to give readers a chance to gain access to exclusive bonus material from their favorite authors...and a chance to win some awesome prizes! Add up the clues on each blue team page, and you can enter for our prize--one lucky winner will receive one signed book from each author on the hunt in our team! There are EIGHT contests going on simultaneously, and you can enter one or all! But play fast: this contest (and all the exclusive bonus material) will only be online for 72 hours!

Directions: In the author biography below, you'll notice I've listed my favorite number. Collect the favorite numbers of all the authors on the blue team, and then add them up (don't worry, you can use a calculator!).

Rules: Open internationally. Anyone below the age of 18 should have a parent or guardian's permission to enter. To be eligible for the grand prize, you must submit the completed entry form by Sunday, October 4, at noon Pacific Time. Entries sent without the correct number or without contact information will not be considered. For more information, go to the YA Scavenger Hunt page.

Personal Giveaway: In addition to the prizes named above, readers who enter my personal giveaway via the Rafflecopter form below will be entered in a drawing to win one of two prizes: a signed copy of SURVIVAL COLONY 9 plus swag (bookmarks, postcards, and if I'm feeling really good on that day, T-shirt) or, for those of you who are writers, a query critique (1-2 pages, YA only, any genre). When you enter my giveaway, just indicate in the comments which prize you'd like, and I'll choose one winner for each!

Okay, got all that? Then let's meet the author I'm hosting, SHARON HUSS ROAT! 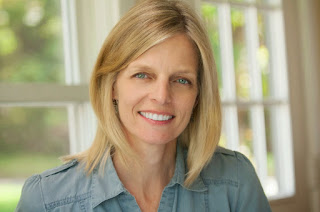 Sharon Huss Roat lives in Delaware with her husband and two children. She worked in public relations for 20 years--not, as some believe, 22--before deciding what she really wanted to be when she grew up. BETWEEN THE NOTES is her debut novel. When she’s not writing (or reading) books for young adults, you might find her planting vegetables in her backyard garden or sewing costumes for a school musical. Find out more about Sharon at: http://sharonwrote.blogspot.com/p/my-books.html 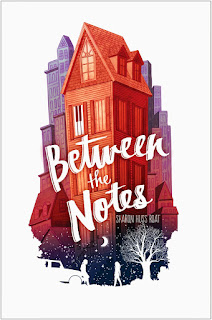 About BETWEEN THE NOTES: When Ivy Emerson's family loses their house--complete with her beloved piano--the fear of what's to come seizes her like a bad case of stage fright. Forced to give up her allowance, her cell phone, and the window seat in her lilac-colored bedroom, Ivy moves with her family from her affluent neighborhood to Lakeside, aka "the wrong side of the tracks." Hiding the truth from her friends--and the cute new guy in school, who may have secrets of his own--seems like a good idea at first. But when the bad boy next door threatens to ruin everything, Ivy's carefully crafted lies begin to unravel . . . and there is no way to stop them. Once things get to the breaking point, Ivy turns to her music, some surprising new friends, and the trusting heart of her disabled little brother. And she may be surprised that not everyone is who she thought they were . . . including herself.

The Scavenger Hunt is over! I hope you had fun, and I'll see you again next spring!

To enter my personal giveaway, use the Rafflecopter form below: