September 23, 2014 will always hold a special place in YA Guy's heart. That's because that was the date of my debut, SURVIVAL COLONY 9. I expect to have other release dates in the future--in fact, as I've mentioned, the sequel, SCAVENGER OF SOULS, comes out next summer--but there really is nothing like your first time!

So to celebrate the one-year anniversary of my debut, I've teamed up with other 9/23/14 debuts to offer a great giveaway. (United States only.) The winner receives one signed copy of each of our books, as described below:


The contest runs for one week, starting today. Enter via the Rafflecopter giveaway below. And good luck!

a Rafflecopter giveaway
Posted by Joshua David Bellin at 9:00 AM 9 comments:

YA Guy Looks Forward to... Fall!

YA Guy's a fall fan. The colors, the camping trips, the trick-or-treating (yes, I still dress up for Halloween and go out with my kids; see photo below). Fall just has a great feel for me, you know? Sometimes I get a rush of excitement just thinking about it. 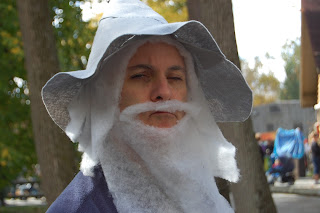 Plus, lots of cool things are happening this fall: bookstore and bookshop appearances, NaNoWriMo, the YA Scavenger Hunt, a YA writers panel at a local library, and (to top it off) the Who in concert in late October! Plus SURVIVAL COLONY 9 turns one year old on September 23; keep an eye out for a big giveaway on that date. And (unless I miss my guess) I should be hearing some interesting things about SCAVENGER OF SOULS too. (A cover reveal, maybe? Here's hoping.) So I'm definitely gearing up for Fall 2015 in a big way!

But before I leave summer behind, I wanted to look back at some of the events and excitement that took place over the warm months. It's been a great summer, and here are some highlights to share!

My family and I went to Utah, which looks a lot like the landscape I imagined in SURVIVAL COLONY 9 and SCAVENGER OF SOULS. Then I traveled to Concord, Massachusetts for a two-week summer seminar, where I researched a historical novel I'm planning. Great times and great environments for a writer to be in! 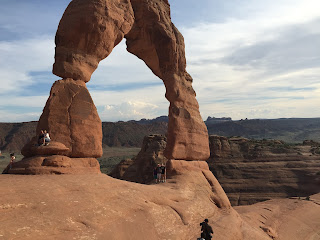 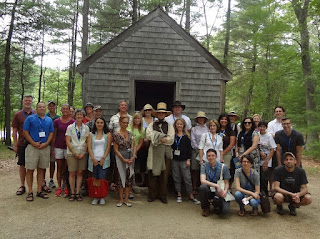 In addition to finishing SCAVENGER OF SOULS and shipping it off to my editor, I've had a very active summer, writing-wise. A new group of Pittsburgh authors of children's literature has formed (with monthly meet-ups at local hangouts), and I've also hooked into a larger collective of Pittsburgh-area authors. (Pittsburgh, the literary epicenter of the world? Who knew?) I was also invited to be the keynote speaker at the Western Pennsylvania Council of Teachers of English (WPCTE) annual English Festival, where students in middle and high schools compete in trivia and writing contests based on works of literature they've read. (That won't take place until next May, but the invitation came this summer.) And finally, on Labor Day, traditionally seen as the end of summer, SURVIVAL COLONY 9 came out in paperback! So it's definitely been a summer filled with writing milestones! 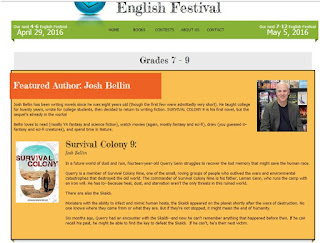 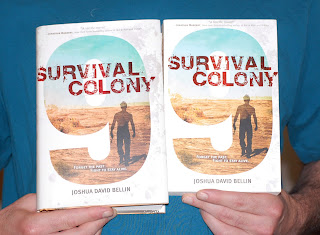 It's no secret (or it shouldn't be, anyway) that I'm a huge baseball fan. (Remember the scene where Laman and Querry play catch? That was me and my son.) This summer, my family and I took in quite a variety of ball games--not only our hometown Pittsburgh Pirates, but the Pirates' AA affiliate in Altoona, PA and the Washington Nationals during a weekend trip to DC. Next summer, my son and I plan to travel throughout Pennsylvania watching as many Major League and Minor League games as we can! 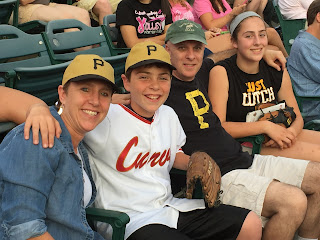 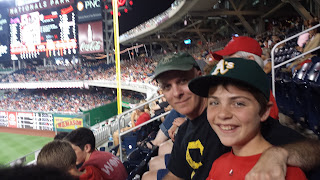 I'm sure there was more stuff, but that'll do for now. Here's to a great summer, and here's looking forward to an even greater fall!