What does it mean to be a successful writer?

For many writers--and, perhaps, for the general public--"success" means six-figure advances, bestseller status, big-ticket awards (including those just announced for this year's very deserving Newbery, Caldecott, and Printz Award winners).

I've been writing since I was about eight years old. (Actually, earlier than that, but it was around age eight that I tried to write my first novel--on my mom's manual typewriter. After a page of typos and frustration, I gave up.) Since that time, and with increasing frequency from the year I started college (1983) to the present, I've produced numerous creative nonfiction essays, short stories, academic books and articles, and partial or completed novels. Some of the above has been published, some of it hasn't. None of it has skyrocketed to fame. But all of it, even the things I didn't finish for one reason or another (because the idea wasn't as good as I first thought, because I ran out of steam, whatever), has been written.

So I decided to pursue a different definition of "success," one based purely on page totals. In my calculations, I ruled out academic books and articles, as well as short pieces (fiction and nonfiction), and focused on novels. The numbers are skewed downward by that decision, considerably so, but since novel-writing was and is my highest aspiration (as it is for many writers), it made sense to me to narrow my output in that way.

For purposes of this quantitative analysis, I estimated a completed novel (whether published or unpublished) at 300 manuscript pages (except for my earliest novels, written in the years 1981-1987, which tended to be shorter, so I averaged those at 250 pages per novel). An unfinished novel--either one that I've discarded permanently or that I'm still working on--I assigned an average of 100 pages. With those estimates, here's what I came up with:

In total from the years 1981 (when I completed my first novel at age 16) to the present, I've written roughly 4,750 manuscript pages of novel-length works. This breaks down as follows:

The point is, any way you slice it, I've been pretty productive as a writer of novels throughout my life, and especially in the past decade.

Dare I say I've been successful?

Maybe yes, maybe no. If the almost 5,000 pages of novel-material I've produced in my lifetime have been complete and utter garbage, then maybe I'm less successful than delusional. But on the other hand, even if those pages have been junk, I've written them, and writing counts for something in and of itself. I like to think my success as a writer has been like my career as a writer: somewhere in the middle. No, I'm not one of the great writers of my own or any time, but I'm not a hack either. I'm a writer like most writers, producing as much work as I can that's as good as I can make it.

I hope this exercise doesn't seem merely a pep talk to myself. My purpose in conducting it was to offer words of encouragement to the many writers who are in the same place that I am: people who've been writing for years without the obvious signs of "success" that some writers have achieved. I'm thinking it would be a good idea for those writers to take the time, now and again, to redefine "success." You can do it quantitatively as I've done, or you can find some other qualitative measure: satisfaction, personal growth, positive reviews, the stranger on the street who recognized you. All of those measures (and many more) are valid, and validating.

YA Guy Hosts... Erica George, author of WORDS COMPOSED OF SEA AND SKY!

YA Guy is delighted to introduce my friend and agency sibling, Erica George, whose debut YA novel, WORDS COMPOSED OF SEA AND SKY, will be published in 2021. That seems like a long way away--but as Erica so eloquently narrates in the following post, her writing journey, like so many others', has been long and unpredictable. (I can relate: though I've wanted to be a writer since age eight, I didn't publish my first novel until age forty-nine.) For all of us who dream of publishing novels, Erica's story is a true inspiration. 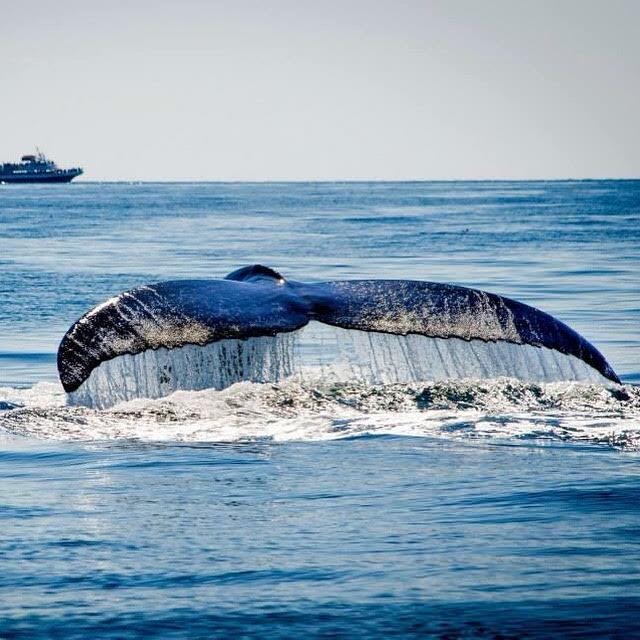 Benjamin Churchill first appeared to me when I was thirteen years old. It was a rainy December night, and my family and I were driving home from having seen a production of A Christmas Carol put on in Princeton. I was consumed by the concept of change, whether we were all capable of change, or if, for some of us, it was too late.

I think that’s why he materialized that night, riding a horse, keeping pace with the car—to help me explore this question.

When I got home, I crawled into bed, pulled out my trusty notebook from the nightstand (I still keep one there, by the way), and wrote down everything I knew about Benjamin Churchill, a character that would stay with me for twenty years.

He’s changed a lot since then. He’s been British, he’s been American, he’s been in the Navy, the Army, and then finally I decided he was going to be a whaler. He’s been surrounded by multiple casts of characters, he’s been the main character, and now he’s a supporting character. He’s also been shelved for most of this time.

I’ve always been a writer, a teller of stories, but I didn’t think I was capable of being published until after college. I had just completed my teaching degree and was working with a group of fifth graders. We were reading a fairy tale retelling (that no one was particularly fond of), and one of the students said, “You know, I think you could write a better version of this.”

It was a challenge, but I did it. Having no idea what to do with a completed manuscript (well, at least I thought it was completed), I sought the advice of my neighbor who I knew was a writer as well. She invited me to join her writer’s group, and that’s where everything really started coming together for me.

Writing is a fairly solitary occupation, and it’s easy to be intimidated and keep your work to yourself. This was the first time I was sharing my writing with a group of like-minded people. I received feedback (some positive, some constructive—mostly constructive), and I kept working. Finally, when I felt like I had polished my fairy tale retelling, I decided to attend the New Jersey conference of the Society of Children’s Book Writers and Illustrators (SCBWI). Something must have possessed me, because I also signed up to pitch my book to an agent.

As I waited in line for my turn, I kept rereading my pitch, trying to memorize every word. I was shaking. I was sweating. I could just picture myself trying to describe my book, something so personal and close to me, to someone who just wouldn’t be interested or see my vision. Finally, I sat down in front of Liza Fleissig, took a deep breath, and got halfway through my pitch before she stopped me and said, “I want you to send me the whole thing.”

You’d think the shaking would stop there, but no. Cue more incessant nerves.

Liza signed me as an author at the Liza Royce Agency in 2014, and I was positive, absolutely certain, that it would be smooth sailing from that point forward.

Only no one can truly prepare you for your personal voyage to publication. I figured that because it had been so easy to secure an agent, my book would obviously be snapped up in a second by an editor. That book ultimately didn’t go anywhere. My next two made it farther than that, but ultimately went nowhere as well.

Writing is hard, and giving up is so much easier. But I’ve wanted to be an author since I was little, since I sat in the children’s section of my local library, piling up books to bring home and devour. Books were my constant, and I knew that simply reading stories wouldn’t satisfy me forever. I had to write them. I had to hold my own book in my hands.

It was only this past year that Benjamin Churchill resurfaced for me, and this time, he took the form of a Yankee whaler. He was always tied to the sea, but I finally realized where he belonged, what his story actually was.

My Young Adult novel, Words Composed of Sea and Sky, debuts in Summer 2021 from Running Press Kids/Hachette. It’s told in two alternating points of view, one of Michaela, a girl living on present-day Cape Cod, writing poems in an effort to escape her home life, and the other of Leta, a girl living in the same town but during the height of Yankee whaling, who also uses poetry to escape the social conformities of her time.

You’ll find Benjamin Churchill among the pages, too. 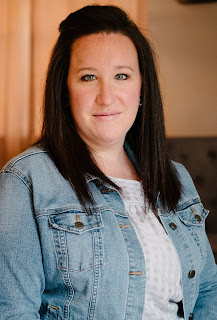 About Erica: Erica George is a writer of Young Adult fiction and a graduate of The College of New Jersey with degrees in both English and education. She resides in scenic Hunterdon County, New Jersey, but spends her summers soaking up the salty sea air of Cape Cod. Many themes of Erica's writing rotate around environmental activism and helping young people discover their voices. You can find her writing, whale watching, or engrossed in quality British drama with her dog at her side.