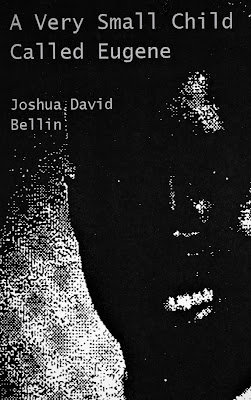 Years ago, before YA Guy was YA Guy, I wrote a science fiction short story about the rise of a white supremacist United States. It was published in a small journal, and I thought nothing of it until a few years later, when the rise of the #BlackLivesMatter movement brought increased attention to racism in our society and criminal justice system. I decided to expand the story to novel length, keeping the original title but bringing in a host of new characters and delving deeply into the history of the imagined world. I completed it somewhere around 2014, then sat on it, not knowing quite what to do with it.
Because the truth is, this novel is quite different from anything else I've written. It contains a heavy dose of objectionable language, graphic violence, and other material unsuitable for young or sensitive readers. It's a satire or dark comedy, and so it runs the risk of being misunderstood, the same way many of my students think that Jonathan Swift's "A Modest Proposal" is actually advocating the eating of young children. Since it deals with race and racism, it's particularly likely to offend: some readers won't understand that it's a critique of racist ideology rather than a work of racist ideology, while other readers will get what I was trying to do but argue that I shouldn't have tried to do it. The book isn't political in the sense of attacking particular parties or persons, but it's deeply political in the sense of shining a light on the cancer of racism in the contemporary U.S., and that won't sit well with some readers either.
Nonetheless, I decided to publish it. Every day brings us new evidence of how deeply divided along racial lines the nation remains: the murder of unarmed black men and women by law enforcement and private citizens, the systematic inequities in our criminal justice system, the differential impact of environmental ills (including the current pandemic) on people of different skin colors, the inflammatory anti-immigrant rhetoric of some of our politicians, and too many other examples to name make it clear that those of us who walk around in skins somewhat lighter than the global norm enjoy rights and privileges that others have to struggle to gain, or can't gain at all. That's white privilege, but it's also the root of white supremacism, and as long as the former exists, the latter won't be far behind.
So if you think this kind of thing would be interesting to you, here it is. I've made it free for the rest of the month of May, so even if you read a few pages and throw it aside in disgust, you won't have lost anything except a few minutes of your time (and, possibly, whatever respect you might have had for me). But one of the most important things I've learned about writing is that you have to write what you feel, and this is what I feel. I hope others feel the same way.
Posted by Joshua David Bellin at 10:00 AM No comments: