YA Guy Reveals... THE STAR CATCHER by Stephanie Keyes

Today on YA Guy, I'm happy to be part of the cover reveal for Stephanie Keyes' new book THE STAR CATCHER! Stephanie is an awesome writer and great Twitter friend (with Pittsburgh roots, always a bonus!). Her book's available for pre-order, plus there's a Rafflecopter giveaway at the end of the post. So slip into Stephanie's fantasy world and get ready for.... 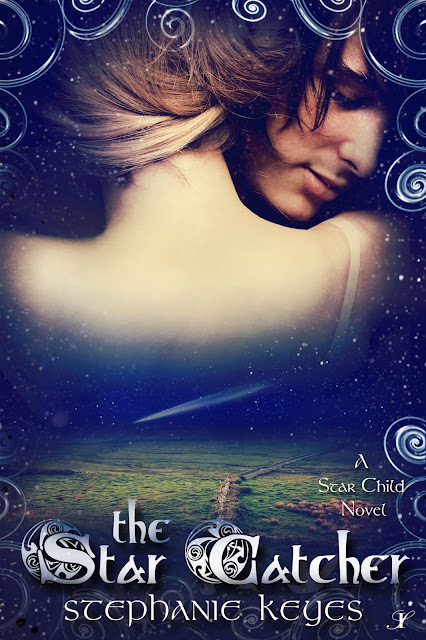 Book Summary:
Magick and destiny intertwine as he fights to save his kingdom and the goddess he loves.

Her kiss…the feel of her skin…the beat of her heart…For seventeen-year-old Kellen St. James, each memory is marred by a single sentence on a lone strip of paper.
Cali has been taken…

Armed with an amulet that channels the ultimate power of Faerie, Kellen searches for his love. However, control of the amulet’s energy comes with a price, and Kellen soon learns that Cali’s captor has plans for the stone. With the threat of the Star Catcher’s evil looming above Kellen and his kingdom, he’ll have to free the Heart of Faerie and break the curse the binds the Children of Danu to the darkness. But before that, he has to find his real father, the king. No pressure, right?

Kellen and Cali will battle bewitched armies and unknown foes as they fight to stay together. Will Kellen embrace his immortal destiny? Or will his world, and the man he is fated to become, be destroyed by The Star Catcher?

About the Author
Stephanie Keyes has been addicted to Fantasy since she discovered T.H. White as a child and started drumming up incredible journeys in her head. Today, she's still doing the same thing, except now she gets to share those ideas with readers!

When she's not writing, Stephanie is also a graphic designer, international speaker, teacher, musician, avid reader, and Mom to two little boys who constantly keep her on her toes. In addition, she's best friend to her incredible husband of eleven years.

Mrs. Keyes holds an undergraduate degree in Business and Management Information Systems from Robert Morris University and a M.Ed. from Duquesne University. She is a member of the Society For Children's Book Writers and Illustrators (SCBWI), as well as a featured author in the global group of writers, Love a Happy Ending.com.

Keyes is the author of the YA Fantasy series, The Star Child, which currently includes The Star Child, After Faerie, The Fallen Stars, and the soon to-be-released finale, The Star Catcher (November 2013), all from by Inkspell Publishing. Mrs. Keyes is hard at work on a new YA Paranormal Romance.
***Author Links*** 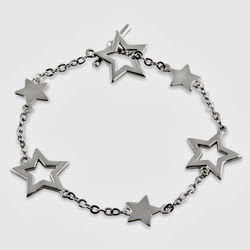 Posted by Joshua David Bellin at 3:00 AM 5 comments:

YA Guy Posts a Letter

Now that Scott Blagden's DEAR LIFE, YOU SUCK giveaway is over, I thought I'd offer the following treat to those who enjoyed Scott's interview: the actual query letter he sent to Liz Bicknell at Candlewick Press. It's written in the voice of his irrepressible anti-hero, Cricket Cherpin, and it gives you some idea what to expect when you read DEAR LIFE, YOU SUCK. (It also says something about Scott's chutzpah!) So enjoy! 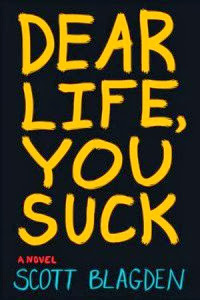 I just read a book you edited and I was like oh my god this author reminds me of the dude who’s writing my story like when he tells how my English teacher Foxy Moxie whisper-growls at me in class like she’s some highfalutin Roxbury street corner candybar bullhorning that she’ll oodle-a-noodle in the poopadaloopa if the price is right which reminds me of testicles on breasticles but don’t heavy-hymnal my ass if that naughtytime hankering is over the top onacounta I told him not to write it but he was like sometimes you have to write about old men poking little boys in the bum and sticky thongs and girls tinkling in the woods and other scratchy understuff as a way of exposing silky upperstuff and my author does a million things like that with goofy idiotsyncrasies and other poetic bisons like sometimes he’ll communicable things without actually saying them by dripping them metafornical and stuff and I’m not saying that my story is any great shakes or anything but it’s kinda interesting onacounta my fisticuffing encounters and my scar and Caretaker and my friend Grubs Dillar who ends up getting killed which is sad and my stupid crappy past onacounta how people like to read about bad things happening to other people which personally I think is fucked up and I’m like why don’t you go and read a story about your own stupid life and sometimes I feel like walking into Borders and popping some Harry Potter-eyeglasses-wearing douchebag square in the nose and be like there’s your blood and guts asshole how do you like it but I know I’d just get in more trouble than I already am and get like my two hundred and fifty millionth speech from Mother Mary Mothballs who punishes me like a real mom which is probably the only reason I’m still Superglued to this enormous floating ball of shit and my Dear Life You Suck English ASSignment letter which is really the funandmental point of the hole story which Moxie wants me to elaborate on like she’s all SPECIFICITY and I’m like this sliver of flimsy pulp ain’t nothing more than a see-ya-on-the-flipside farewell but to be honest I know it’s more and I do want to finish it before my eighteenth birthday which is in May and which is also D-Day and the place I live which I call the Prison but it’s really not a prison but I call it that onacounta it was a prison a long time ago back when dudes dressed like beefthiefs in silky knee-highs and poofy pantaloonies and the story room which used to be a guard tower where I tell tall tales to my roommates the Little Ones who are the reason I get in so many fights onacounta I defend them from bullies except Mother Mary says my fist flailing is really about something else and I use the Little Ones getting picked on as an excuse but I’m like oh yeah right like you dishing out free eats and sandpaper sheets to abandoned doorstep turds ain’t about something else too and my nighttime giggle-juice-induced rumpus ruckus on the Silky Jets that has wicked awesome God Art views of the briny deep and of course the silky girl Wynona.

Well, I gotta run on now.

PS        You should like write Scott a letter and ask him to send you some of his word diddlings onacounta I think you guys would hit it off and I don’t mean for that to sound sexplicitly grandiose or anything but literarically-speaking I mean.

PMS    I put his address on the flipside.  Graciass for reading this.
Posted by Joshua David Bellin at 11:58 AM 2 comments:

Here’s the inspired part. Narrating the story of two gay teens who try to break the world record for longest kiss is a chorus of gay men who died of AIDS. Their disembodied voices speak to the characters (and the readers) of the joys and sorrows they knew, the discoveries they made, the pain they suffered, the excitement, hope, and fear they feel for the younger generation. It’s a daring narrative choice, and at its best it yields passages of transcendent loveliness and sadness like this one:

Harry, of course, knows he is being looked at. But what he looks like is the farthest thing from his mind. When your body starts to turn against you--when the surface value of the skin is nothing compared to the fireworks of pain in your muscles and your bones--the supposed truth of beauty falls away, because there are more important concerns to attend to.

Believe us. We know this.

At the same time, however, it’s this narrative choice that can make the book tiresome. When the chorus rails against the injustices they suffered--the indifference of governments quite happy to let a “gay disease” run its course; the hatred of fellow citizens; the apathy or antipathy of their own families--or the injustices gay youth still suffer, the book feels less like narrative and more like polemic, or even screed. Here’s an example:

There is power in saying, I am not wrong. Society is wrong. Because there is no reason that men and women should have separate bathrooms. There is no reason that we should ever be ashamed of our bodies or ashamed of our love. We are told to cover ourselves up, hide ourselves away, so that other people can have control over us, can make us follow their rules. It is a bastardization of the concept of morality, this rule of shame.

Though I don’t disagree with anything stated in such passages, I nonetheless found them problematic. In ancient Greek tragedy, the chorus plays a dual role: they are both the collective voice of social wisdom and the befuddled dupes of events beyond their comprehension. They are at once in the story--as characters--and beyond the story--as commentators. As such, there’s a delicate irony in their addresses: they don’t always know what they think they know.

In Levithan’s book, by contrast, the chorus, being dead, cannot participate in the events unfolding before their eyes. They’re not characters; they’re only commentators. And what they’ve earned through their unmerited deaths is an absolute moral authority, an ability to speak the Truth. I struggle to find an ironic undercurrent in this ghostly chorus: they seem to voice the author’s convictions without the slightest trace of distance. They are the author’s stand-ins, a contrivance that allows the author to speak directly to the reader.

Levithan’s experiment was a risky one, and he’s to be applauded for pulling it off as successfully as he did. But for me, the narrative voice ultimately did a disservice to the story it was meant to sustain.
Posted by Joshua David Bellin at 7:24 PM 2 comments: