YA Guy Reveals... Monica Tesler's BOUNDERS (plus a giveaway)!

One of the books YA Guy's most looking forward to is Monica Tesler's debut science fiction novel, BOUNDERS, which releases on January 5, 2016. It sounds like exactly the kind of thing my twelve-year-old son would love to read (with me)! So I've already preordered it, and today, I have the good fortune to host Monica on the blog. Check out the cover, read about and preorder the book, and enter the giveaway for some great BOUNDERS swag! 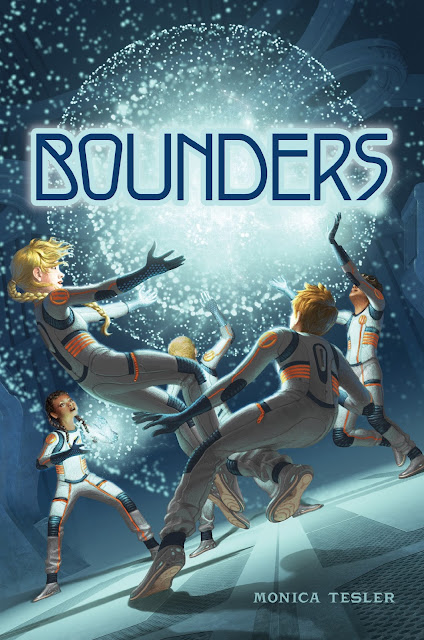 About BOUNDERS: Twelve-year-old Jasper and his friends are forced to go up against an alien society in this first book in a brand-new adventure series!

Thirteen years ago, Earth Force--a space-military agency--discovered a connection between brain structure and space travel. Now they’ve brought together the first team of cadets, called Bounders, to be trained as high-level astronauts.

Twelve-year-old Jasper is part of this team being sent out into space. After being bullied back on Earth, Jasper is thrilled to have something new and different to do with other kids who are more like him. While learning all about the new technologies and taking classes in mobility--otherwise known as flying with jetpacks--Jasper befriends the four other students in his pod and finally feels like he has found his place in the world.

But then Jasper and his new friends learn that they haven’t been told everything about Earth Force. They weren’t brought to space for astronaut training, but to learn a new, highly classified brain-sync technology that allows them to manipulate matter and quantum bound, or teleport. And it isn’t long before they find out this new technology was actually stolen from an alien society.

When Jasper and his friends discover the truth about why Earth Force needs them, they are faced with a choice: rebel against the academy that brought them together, or fulfill their duty and protect the planet at all costs. 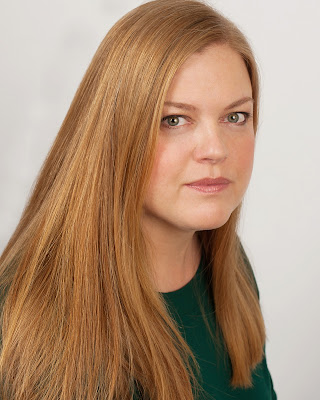 About the author: Monica Tesler lives in a coastal community south of Boston with her husband and their two boys. She earned her bachelors and law degree from the University of Michigan, and she has worked as an attorney for more than fifteen years. She writes on the commuter boat, in coffee shops, and at her kitchen table. She tries to meditate every day, but often ends up fantasizing about space, time travel, or strange lands, both real and imagined.


Enter below to win this great BOUNDERS swag! (Three winners will be chosen from among all entries; shipping to U.S. addresses only.) 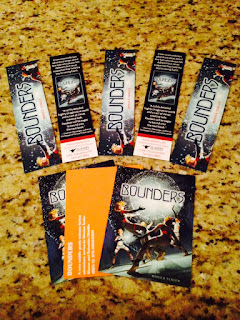 a Rafflecopter giveaway
Posted by Joshua David Bellin at 9:00 AM 3 comments: