YA Guy... Gets All Excited!

It's been a pretty good year for YA Guy.

SCAVENGER OF SOULS is due out in August. (You can preorder a copy from any online bookseller or from your local indie; if you preorder a copy from one of the booksellers listed below, I'll sign it and it'll be sent out to you when it releases.) And on Wednesday, the deal for my next YA science fiction novel, FREEFALL, a deep space action/romance, was announced in Publishers Weekly. The book's due out next summer.

So yeah, I'm pretty excited! And also grateful to my agent, my editor, and my readers for all the support over the past few years. What started as a dream now seems like it's turning into an actual career, and that wouldn't have been possible without all you folks.

So thank you! And let's stay excited!

To preorder a signed copy of SCAVENGER OF SOULS, contact one of these Pittsburgh-area booksellers:

Or check to see if I'm making any appearances near you!
Posted by Joshua David Bellin at 9:00 AM 4 comments:

YA Guy's happy to welcome back an old friend (well, he's not that old!) and fellow writer, Eric Price. Having published the first two books in a fantasy trilogy, UNVEILING THE WIZARDS' SHROUD and THE SQUIRE AND THE SLAVE MASTER, Eric's here to discuss a topic near and dear to my heart: the struggles of writing a series. I know I had some of the same issues Eric discusses when I was working on SCAVENGER OF SOULS, so I'm happy to hear I'm not alone! 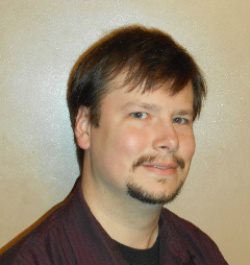 WELL, I WON’T DO THAT AGAIN
By Eric Price

When I set out to write my first novel, all I had written were some short stories, a couple of newspaper articles, a few lesson plans, and some failed attempts at poetry. I wanted to try my hand at something longer, so I wrote a stand-alone novel with the potential for developing it into a series. After several revisions, and a few rejection letters, I did a major rewrite and introduced a secondary character I intended to write as a main character in a future book.

MuseItUp Publishing gave me a contract for the first one, which eventually became Unveiling the Wizards’ Shroud. My intent was to take some time off from the world of Wittatun and develop some of the other story ideas first, but my new character, Yara, kept calling to me, and I had no choice but to proceed with her book. After taking much longer than anticipated, it finally became The Squire and the Slave Master, also with MuseItUp Publishing. Now, as I struggle with the third and (I’m almost positive) final volume of The Saga of the Wizards, A Wizard Reborn, I think I know what I’ve done wrong, and hopefully I’ve learned my lesson. 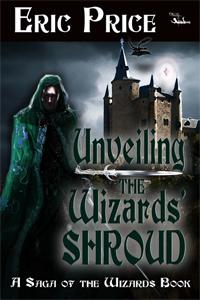 Anyone who hasn’t written a book would probably think that after writing a first draft, revising it countless times, rewriting it, working through it three times with the content editor, another two times with the line editor, and reading over it one last time for formatting before it finally gets published, the author would have every word of the book memorized. I can’t say I know how it works for other authors, but for me . . . no, there are so many details about my own book I don’t know. I constantly had to refer to Unveiling while writing Squire, and now I find myself checking back with both of them while I write A Wizard Reborn. What did we last see this character doing? How did this character die? What is this character’s brother’s name?

Even if I had one of those photographic memories, a second issue that frequents my pages is some minor detail in the earlier book(s) that really throws the proverbial monkey wrench in my current work in progress. I’m constantly saying, “Why’d I do this?” or “Why didn’t I do that?” If this were a major movie franchise, I suppose I could ignore what happened in the previous volumes and move on with the story I want to write. (*Ahem* Yes, X-Men, you’re one of the franchises I’m talking about.) But since they’re books, I feel the need to make them as consistent as possible.

In both these instances, a little planning could have saved me a lot of headaches and time. 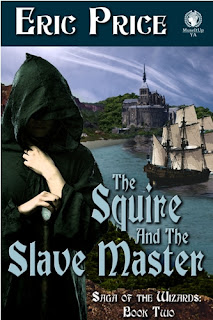 And speaking of time, this brings me to my final issue. I never seem to have enough time. In my ideal world, I would have had each book of the series release about a year apart. Two years separated books one and two. Time will tell how long it takes book three to see the light of e-readers.

I have nothing against series or series writing. I may do it again someday, but first I want to take a break and try writing some stand-alone titles. What I won’t do is write a series one book at a time. If I do take the plunge, I’m writing the bare minimum of a first draft for each book of the series before the first one starts finding its way into publishers' inboxes. But that’s me. How many series writers are out there? How do you like to organize your work and meet your writing goals?

Find THE SQUIRE AND THE SLAVE MASTER in e-book on:

Find UNVEILING THE WIZARDS' SHROUD (recipient of a Children's Literary Classics Seal of Approval and 2014 CLC Award for Best First Novel) in paperback or e-book on: 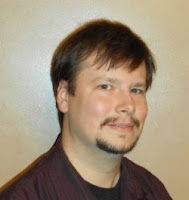 Posted by Joshua David Bellin at 9:00 AM 4 comments: