Pittsburgh is home to lots of great kidlit authors, and one of the newest is Laura Lee Anderson, whose YA debut, SONG OF SUMMER, releases as an e-book today! Let's hear from Laura as she tells us about her book and about one of the main characters, whose deafness plays a key role in the story!

The thirteen qualities of Robin’s Perfect Man range from the mildly important “Handsome” to the all-important “Great taste in music.” After all, Westfield’s best high school folk musician can’t go out with some shmuck who only listens to top 40 crap. When hot Carter Paulson walks in the door of Robin’s diner, it looks like the list may have come to life. It’s not until the end of the meal that she realizes he’s profoundly deaf. Carter isn’t looking for a girlfriend. Especially not a hearing one. Not that he has anything against hearing girls, they just don’t speak the same language. But when the cute waitress at Grape Country Dairy makes an effort to talk with him, he takes her out on his yellow Ducati motorcycle. Music, language, and culture sing back-up as love takes the melody, but just how long can a summer song last?


From the first moments that I envisioned Song of Summer, I knew that I wanted it to be in dual point of view- from Robin's perspective as well as from Carter's perspective. Which meant I had to do a LOT of research. I'm not deaf, I didn't have any deaf friends, and it had been a long time since third grade, when I taught myself the ASL alphabet so I could communicate with my best friend during Library class. Here are some things I learned about deaf culture while I was researching Song of Summer:

1) Sign language cannot be written. Like, it CANNOT be written. It is a visual language. Direct word-for-word translations are incorrect because facial expressions and body language are SO important! All of Carter's (and his family's) signed sentences are translated into English in the books because they have to be! It's impossible to write sign!

I learned a lot more when I was preparing to write Song of Summer, and I am blessed to have learned a lot of it from the wonderful people at the Western Pennsylvania School for the Deaf, where I took two semesters of ASL classes and got to know some great people. One of my favorite experiences is chronicled here: When I arrived to the first class 15 minutes late and nobody was allowed to speak. 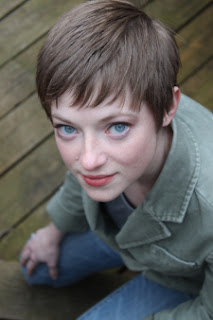 Thanks, Laura! If you want to learn more about Laura and her writing, visit her website!

Posted by Joshua David Bellin at 9:00 AM No comments:

YA Guy Talks about... Faith in YA Fiction!

You might have noticed that YA Guy's been quiet recently; that's because I was on vacation with my family in Moab, Utah, right near Arches National Park. (Very similar to the landscape I imagined for SURVIVAL COLONY 9 and its sequel, by the way.) During our week-long visit, we stayed in the house where Edward Abbey wrote parts of his environmental classic DESERT SOLITAIRE. Though the temperature was in the 100s all week--hey, it's the desert, right?--it's easy to see why Abbey saw this area as a profoundly beautiful, spiritual place.

Interestingly, the two YA books I took on my trip both deal seriously with spiritual matters. That's fairly rare in YA, where faith and spirituality tend to be caricatured as oppressive adjuncts of the Regime or the Older Generation. By contrast, both Kelly Loy Gilbert's CONVICTION and Stephanie Oakes's THE SACRED LIES OF MINNOW BLY treat religious belief as complex and conflicted--capable of causing harm, to be sure, but also capable of offering redemption and grace. The books share a great deal in common: not only are both about faith and fanaticism, but both center around murder mysteries and the secrets that keep families together (and tear them apart). Perhaps most importantly, both are terrific debuts that deserve a wide readership. 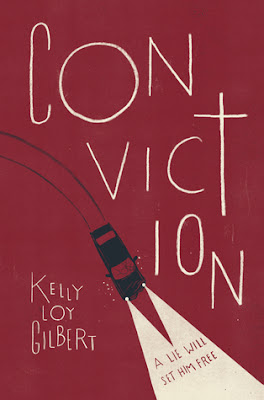 CONVICTION tells the story of Braden Raynor, a top high-school pitching prospect whose father--a religious talk-show personality--is accused of killing a police officer. While his father is in jail awaiting trial, Braden's older brother Trey, long estranged from the family, comes to take care of his younger brother. Tensions mount as Braden struggles to renew his relationship with Trey, to prepare for an all-important baseball game, and to provide testimony during his father's trial--testimony that may either doom or save the man who's been both Braden's rock and his tormentor his entire life.

Gilbert is an exceptionally fine prose stylist, and her glowing sentences work perfectly for this story of people struggling to find light in the darkness of their lives. Braden and Trey are both remarkably well-rendered characters--but even more remarkably, their father, who could easily have devolved into caricature, emerges as a fully human being, at once grandiose and self-loathing, loving and manipulative, inspirational and horrifying. The enigmas of faith, the human desire to find meaning and certainty even at the greatest of costs, are played out brilliantly as the story shifts back and forth in time, giving us glimpses into Braden's troubled relationship with his father and brother. If I have any reservation about the book, it's that some of the baseball material doesn't feel quite right--the language and scenarios sound more like the work of an educated fan than of an actual player like Braden. (This wouldn't be a problem if not for the fact that for Braden, faith and baseball are integrally connected.) But that's a minor complaint about a book that's otherwise so rich and rewarding. 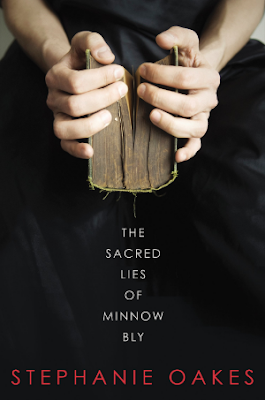 THE SACRED LIES OF MINNOW BLY was originally scheduled for a 2014 publication, so I've been waiting for it a long time. When I heard that the story was loosely based on a Grimm fairy tale about a handless maiden, I expected the book to be fantasy--but it's not. Instead, it's a realistic story of a teenage girl, Minnow, who escapes a brutal religious cult only to find herself incarcerated in a juvenile facility after she commits a violent crime that may have been induced by her traumatic past. As with Gilbert's book, SACRED LIES moves back and forth in time as Minnow recalls her life as a cult member, her growing doubt in the cult's charismatic leader, and the loss of her hands as punishment for her disobedience. It's a chilling story, and a complex one to tell--indeed, at times the temporal shifts struck me as a bit awkward. But if more lurid and macabre than CONVICTION, the book is equally adept at exploring the paradoxes of belief; Oakes's great strength as a writer lies in getting under the skin of people who'll risk everything for their faith, even their own and their loved ones' lives. Minnow's story is heartbreaking but ultimately uplifting, and it'll keep readers up at night not only while they're reading but after they're done.

Turns out I couldn't have taken two better books along on my western pilgrimage. I look forward to more explorations of faith (and other subjects) from these talented YA writers!
Posted by Joshua David Bellin at 3:59 PM 2 comments: