YA Guy Shows Off... His Own Cover!

For those who might have missed it on Twitter, I wanted to show off the brand-new cover to my YA debut, Survival Colony Nine! It won't hit the bookstores until September 23, 2014 (mark your calendars, everyone!), but the cover's out, and in my completely unbiased opinion it is stunning!

So here it is: 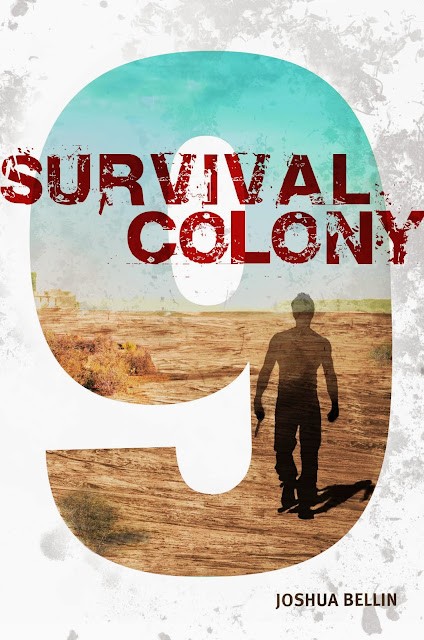 Now that I'm done bragging, let me give you a little background on the cover. Some authors are sent a cover design questionnaire (as I was for my short story "Scarecrow"), or they communicate directly with the designers or indirectly through the editor. In other cases--like mine--the author's input is the manuscript itself, which the editor discusses with the designers to produce the cover.

So in my case, I did not directly or indirectly discuss this particular image with the design folks at Margaret K. McElderry Books (my publisher). My editor, Karen Wojtyla, handled those discussions. And yet, I couldn't be more thrilled with the way the design team captured both the "look" and the "feel" of the story; in fact, when I imagined what the cover might look like, I imagined it very much like the final image! The desert backdrop, the shadowy figure, even the way the number "9" forms such a prominent part of the overall design--all of those aspects were in my mind when I dreamed of my ideal cover. Which either goes to show that my story translates readily to image--which would be good--or that everyone at McElderry is totally on the same page about this book--which would also be good!

Whatever the case, I can't wait to see the real thing on bookstore shelves!

While we're waiting, you might consider adding the book to your shelf on Goodreads, or liking my author page on Facebook.

My daughter used to love to read.

Voraciously. As a pre-teen she read just about anything you put in front of her, though she favored fantasy series: Harry Potter, Narnia, The Shadow Children, Percy Jackson, The Hunger Games, The Maze Runner. When she entered her teen years, she started reading realistic fiction: Sarah Dessen, Gayle Forman, S. E. Hinton. She loved the classics--Lord of the Flies, Catcher in the Rye--and some modern classics, including Life of Pi and The Perks of Being a Wallflower. When she met YA writers Erin Bowman and Kat Zhang at a workshop for young writers, she was so jazzed she ran right out and gobbled down their books as well. As the daughter of a writer, it’s perhaps unsurprising that she read so much. But it was still impressive.

And then she started high school.

She doesn’t read anymore. Oh, she reads what’s assigned (currently The Odyssey for English, a book about leukodystrophy for Biology, and newspaper articles for Social Studies). But pleasure reading has shriveled to near nothing.

As I see it, there are two main reasons for this.

--First and most obviously, the amount of homework she has every night and weekend leaves virtually no room for leisure reading. She averages four hours of homework per weeknight, five per day over the weekend. Some weekend days, she does nothing but homework. And much of the homework is repetitive, boring drills: once you’ve proven twenty times that you can summarize a chapter, you really don’t need to summarize any more chapters. But the teachers don’t see it that way, and neither does the school district. And so reading for pleasure takes a back seat to working out three hundred identical algebraic formulas to prove yet again that you can work out algebraic formulas.

--Second and somewhat less obviously, high school--or at least my daughter’s high school--strips the fun out of reading, making it yet another onerous, meaningless chore. It’s bad enough that ninth graders are reading The Odyssey (a book I first read in college, and that my current college students struggle with)--but was it really necessary to use a stodgy, antiquated prose translation of Homer’s epic poem? With so much great literature for young people out there, both classic and modern, what on earth is the point of making young teens slog through a three thousand-year-old behemoth for which they can’t possibly have any associations or context?

Based on my experience, I’d have to say girls aren't reading because high school beats the love of it clean out of them.
Posted by Joshua David Bellin at 6:00 AM 2 comments:

It's true. My favorite animal since childhood is the gorilla. My favorite movie is King Kong (the '33 original). When I was a child, maybe five years old, I held a baby chimpanzee named Geraldine at the local zoo. She wrapped her furry arms around me and put her head on my shoulder. I was in heaven. 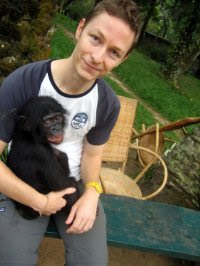 So I was very excited to read Eliot Schrefer's book Endangered, which concerns a teenage girl's effort to save a young bonobo (a relative of the chimpanzee) and herself during an armed conflict in the Democratic Republic of Congo.

Not surprisingly, given its subject matter, I loved it.

The story is as straightforward as I've described it above. The prose is luminous. The main character, Sophie, is sympathetic--part action hero, but mostly thoughtful, caring, vulnerable teen. And her bonobo companion, Otto, is every bit as vivid a character as Sophie. All the bonobos in the story are like that: distinct, lively personalities who are nearly human not only in the literal sense (bonobos share 99% of our genetic material) but in the literary and, dare I say, spiritual sense.

And that's the key conflict in the book: a conflict between those who treat life with reverence and care and those who treat other living beings, whether fellow humans or apes, as mere things to be exploited. There are powerful themes operating in the book's deceptively simple storyline, and powerful moments as Sophie has to decide whether the life of a single non-human creature holds any weight in a world plunged into chaos and death:

I thought not only about [the bonobos] but of the stream of homeless refugees, of my dead friends in the sanctuary, of the larger and yet-unknown tragedies elsewhere in the country, in the world. The creature in my arms wasn't an answer, but it did somehow make the question of how to keep going irrelevant. The weight of him, the prevention of his misery, was the answer that defied all logic.

I might quibble that these thoughts and sentences are overly sophisticated for a teen (the book's concluding chapter suggests that the entire narrative is told from the point of view of Sophie's adult self). But in a world such as ours, where not only apes but humans are endangered by our own violent ways, I found Schrefer's fictional treatment of these themes timely and welcome.

And as someone who's held a baby chimpanzee in his arms, I know exactly how Sophie feels.
Posted by Joshua David Bellin at 6:00 AM 1 comment:

Through the generosity of the folks at Pittsburgh Arts and Lectures, I have two pairs of tickets to give away for the James Dashner appearance in Pittsburgh, coming up this November 22! 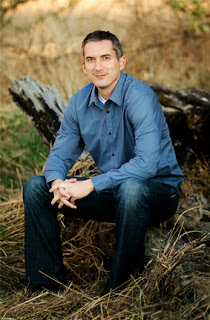 For those of you who don't know about Dashner--and where the heck have you been hiding?--he's the author of the wildly successful (and genuinely brilliant) Maze Runner trilogy, the first installment of which hits the big screen next year. He's also launched a new series, starting with The Eye of Minds, which released this October.

I'm especially excited to be hosting this giveaway on YA Guy because Dashner's books appeal equally to young people (not to mention middle-aged people) of both genders. Call them "boy books" or just plain good books, Dashner's works prove that YA is for everyone! 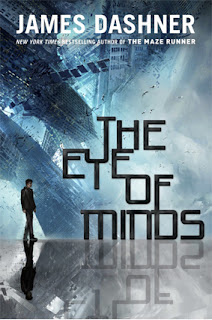 So here's the deal: enter the Rafflecopter giveaway for a chance to win one of the two pairs of tickets I'm giving away. In consideration of others, please don't enter unless you can actually be in Pittsburgh for the lecture. If you can't, I'd appreciate it if you'd spread the word. Winners' tickets will be held at the will call window the evening of the event.

Good luck! And for those who win: I'll see you there!

a Rafflecopter giveaway
Posted by Joshua David Bellin at 11:55 AM 2 comments: